Did you know that
the Declaration of
Independence has
no mention of Independence?

It was originally known as The Unanimous Declaration of
The Thirteen United States Of America.

Did you know that the
Spanish American War
started because of the sinking
of the Battleship Maine?

The explosion cause is still unknown today but
was enough for the U.S. to declare war.

MOST RECOMMENDED FOR FUTURE HISTORY MAJORS!

The development of the American civilization starting with the European background and ending with the Civil War.

Includes the Age of Discovery; the period of colonization of the Spanish, French, Dutch and English; the American Revolution; the early years of the Republic; the development of the Constitution; the War of 1812; the growth of nationalism and manifest destiny; and the Civil War

The course begins with the Reconstruction period, and includes the transformation of America from an agrarian to urban civilization with emphasis on politics, business, finance, labor and society.

Among the topics covered are the end of Isolation, the Populist and Progressive movements, World War I, the Roaring 20s, the Great Depression, World War II, the Cold War, the emergence of the Civil Rights Movement, the 1960s, and National Politics: 1968-1998.

A course designed to study the African-American impact on the economic, political, social and cultural institutions of the United States. Topics covered include slavery prior to the Civil War, the war itself, Reconstruction and the establishment of the Jim Crow system.

Included in this course is an examination of the role of the African-American in the 20th century, the Civil Rights movement and the election of the first African American President, Barack Obama.

This course attempts to identify the social, cultural, economic, diplomatic and political influences of war on life in the United States. It also examines the causes, diplomacy, battles, leaders, and results of the different wars. The course covers the Revolutionary War to the conflict in the Persian Gulf.

The course involves concentration in areas of U.S. history since 1945. Includes the roles played by women, minorities, the business labor movement, cultural patterns, the civil rights movement, presidential administrations, the cold war, and foreign policy. U.S. foreign policy will be examined from the prewar era to the present day. 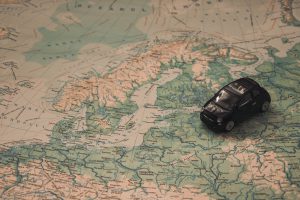